Browse AdsLatest AdsFreePlace an AdProfileUsedful NewsQuizzes
BlogHelpPrivacy PolicyTerms of UseAdvertise With Us
Made in Canada © 2021 Used.ca
Contact Us
We're thrilled you have something to say to us! We welcome suggestions and we'd love to hear about your experiences using our sites. If you have a question, we'll find you the answer.
We'll work hard to reply to you quickly, but it may take up to 24 hours for us to respond.
*Email
Reason
*Comment
Place Ad
Login
LogoutLoginSign up
Log In
Continue with Facebook
Continue with Google
or login with email
Email or username
Password
Forgot your password?
Don't have an account? Sign Up

We noticed that you’re using an AdBlocker!
Please consider pausing your AdBlocker while buying & selling on Used.ca.
Advertisements allow us to provide our users with a free service and give us the opportunity to support our staff and the local community. Your support is very appreciated! Used.ca has been monitoring their popular search terms over the last three weeks and seeing how user behaviour is changing with social distancing. They reported that new searches had appeared since country-wide social distancing measures began in March.

A week into April, some trends have continued since the March 27 update, but new ones have emerged that follow the evolving changes to the COVID-19 pandemic.

Firewood was still holding the top spot, but has since been bumped in favour of the Nintendo Switch which has surged to the top spot with 50 per cent more searches for the gaming system than kindling. XBox moved up more than 50 spots to #41 and PS4 held steady. Wii made an appearance at #77 for those old-school gamers.

Firewood slid to the #2 spot after toilet paper and hand sanitizer fell out of the top 100 entirely after appearing in the top five for the two weeks prior.

Home office and home gym equipment still make the top five this week at number #3 and #4.

The fifth spot this week is taken by folks looking to get out on the water. Searches for kayaks, canoes, surfboards and boats combined to round out the list at #5.

Folks are clearly looking forward to the weather starting to improve. Trampolines moved into the top ten this week. Hot tubs, bicycles and skateboards also appeared in the top 100.

Cracking the top 100 at #63 this week is sewing machines, presumably with the increased popularity of home-sewn face masks and scrub caps.

While they haven’t made the top 100 searches yet, both yeast and sourdough starter have become searches in the last weeks for the first time. We have seen anecdotal reports that flour is fully stocked again at grocery stores, but yeast is hard to find! Searches for yeast tripled over the weekend!

Chickens are still in the top 100. Tips for a beginner veggie garden 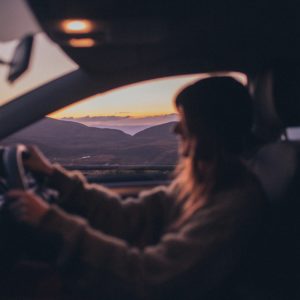 7 Tips to Help You Sell a Used Car Change gears! Learn to repair your own bike